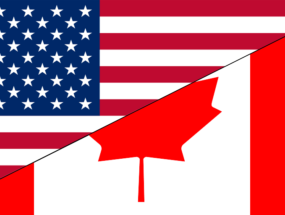 Okay, I talked about the first half of my story about leaving Japan and living in Canada in About Me and This Blog (Part 1), so let me continue the second half.

My life in Japan after Canada was not fun at all. I got a job at a pharmaceutical company just to save money. It was an interesting position though. I could get to deal with side effect reports and send them to headquarters in Europe, so I used some English. I kept studying English while I was in Japan. It’s extremely difficult to be in English environment in Japan. So I listened to and read English materials during commute and watched movies or American TV shows at home. I went to a coffee shop to study English. I went to English conversation school. I was scared of forgetting all the English I learned, but making English environment as much as possible helped me maintain my English levels.

One year later, I was on the way to Canada once again! Oh I was so happy to go back, but at the same time, I was a little bit nervous because unlike the last time, I had clear goals and tight plans ahead of me.

This was my crazy plans! So, from the top, I did finish 1 just as planned. It was a tough course, but I learned a lot before going to college.

Something bad happened before 2. So, my ESL school messed things up, and I couldn’t get in the college I wanted to go to! Instead, I had to go to one in the next city, so that made me move to a shared house closer to the campus. But at least I could get in a college.

I studied so hard in college and got a high honor at graduation ceremony. Plus, thanks to the mistake that my ESL school made, I could get an internship at one of the biggest hospitals in Toronto! There is always a silver lining, right? That was another life changing experience because I got a job at a hospital where I did my internship. My boss was one of the nicest persons I’ve ever met.

I started as a receptionist. I wasn’t a big fun of sitting at front and greeting patients. I preferred to work at back, so nobody could see me. When I was doing my internship, I was with a lady who was in charge of preparing new patient charts and learned everything from her. I created my own step-by-step manuals. When I started working there, the lady was about to go on her mat leave, so I took over her position soon enough and became a chart prep EXPERT! I didn’t have to go through any training because I knew everything from my manuals. I really liked my job. I did that for 3 years or so, then in my 4th year, the hospital decided to launch a new scheduling system.

One day, I was asked to train somebody, and I showed the manual, which brought our leader’s attention. She went to our boss and recommended me as a team member of the new system. Oh that was another awesome experience! I had to work a lot, but it was worth it. I could work very closely with my leader and boss. I still remember those days. I loved it. My main job was to create user manual which ended up having over 200 pages. After the launch, I was in charge of managing the system (e.g., creating/editing providers’ schedules and troubleshooting) and training staff.

Around that time, I became finally eligible to apply for immigration. I used a Japanese layer which was a mistake because I could have done it by myself. Anyway, it was very smooth and I became a Canadian Immigrant! My dream came true!!!! So there are some bumps here and there, but I almost completed my crazy plans.

And here comes a huge bump! I had been dating an American guy for about 2 years back then. We had a long-distance relationship, but we didn’t want to be doing it anymore. After multiple long conversations, we decided to go through fiance visa process. This is a very romantic way of being engaged. No, quite the opposite. When you apply for fiance visa, you need to get married within 3 months after entering the states. I was very happy in Canada, but I wanted to be with him more so decided to quit my job and give up on my Canadian immigrant status and move to the states. There was lots of crying before I left Canada.

So, I had to update my plans.

I have been achieving 3 ever since I met my husband, so this is an easy one.

The 2 took for a while. We used to live in Brooklyn, NY, but we moved to Virginia Beach, VA, in May 2017. I couldn’t find a job in New York or to be more accurate, I wasn’t looking for one that seriously. That’s mostly because of my green card process. It was not that bad, but it took about 10 months to finally receive my green card. So while I was waiting, I focused on my career as online English teacher. Once we moved to Virginia Beach, I started to look for a job in medical field, but it was harder than I imagined. So I decided to take another certificate, Certified Professional Coder, which is a national certificate in Medical Coding. I studied for 8 hours every day after tutoring and passed the exam in September 2017, with 96% passing score!

After that, I became more serious about job hunting. It didn’t take that long to apply for a couple of jobs daily, so I was kind of bored every day. I wanted to do something else! Then something hit me. I should create my own blog! I did some research how to create a blog and started writing a blog in October 2017. In November, I finally got a job offer! What a timing!? It’s a reception position, which I really wanted to avoid, but that’s all I got, and I needed experience working in medical field in the states anyway, so I decided to accept it. Finally I achieved 3 new plans that I made when I moved to the states in January 2016.

Here are my new plans:

My dream job is to become a medical translator and work from home. I want to keep my online teaching job and blog too.

This is going to be a long-term plan, but I’m going to try anyway. I have been achieving my goals over the past years and that’s how I keep my motivation up.

As you can see from my mini (!?) bio, I couldn’t speak English at all in 2007. Now, I’m writing a blog in English. I’m married to American. I work in medical field in the states. I believe anything is possible as long as you keep trying. I really want everybody to feel the same way and get small something from my blog.

I am going to introduce cultural differences between North America (the U.S. and Canada) and Japan as well as language differences. I hope you enjoy my blog!