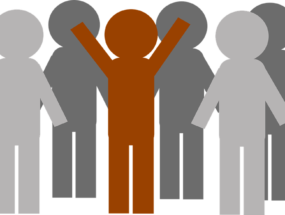 In Japan, you don’t want to be “unique” because that means you’re different from others, and you’ll be considered as “strange.” Yes, it is very sad but that’s the truth.

When I was a kid, my mom got me paint for art class. She got something very cute, but it wasn’t the same one as the rest of my classmates had. I still remember I was so mad at my mom because I didn’t want to be different from others. Now I think back and feel how stupid I was to react poorly just because the box was different. I was like 6 at the time and already aware that I was supposed to be the same as everybody else.

This is very interesting because Japanese people can be very competitive when it comes to education. They want to be “different” and “outstanding.” But everybody’s path should be the same, meaning you’re supposed to go to a good high school to get into a good college to get a good job. And if you’re a man, you should keep the good job to take care of your family. If you’re a woman, you should get married before 30 and have kids soon and become stay-at-mom. This has been changed over the years, but it still exists in Japan.

Since I moved to Canada, I had never been asked such questions. Though a lot of people asked me why I left Japan. Nobody cared if I was married, if I had kids, or if I had a good education. Everybody was more interested in my decision to leave Japan and start a new life in Canada. They gave me compliment or even said how brave I was. I have experienced the same in the states.

People in North America don’t judge you based on your marital status or social status not as much as they do in Japan. I’m speaking from my experience, so I know it doesn’t apply everywhere in Canada or the states. Anyway, this is one of the reasons why I’m so happy being in North America. I don’t need to deal with those judgemental eyes.

So if you’re Japanese, there is a certain lifestyle that you most likely follow. I’m not saying this is wrong, but I can say it’s not for everybody. Obviously it wasn’t for me.

Don’t get me wrong. I love Japan. Japan is always my home. But do I want to go back to Japan? Not at all! I just love North American cultures where people choose their paths by themselves, not by society.

If you have a chance to visit Japan, be ready to see Japanese people who wear similar outfit with similar makeup or hair style.